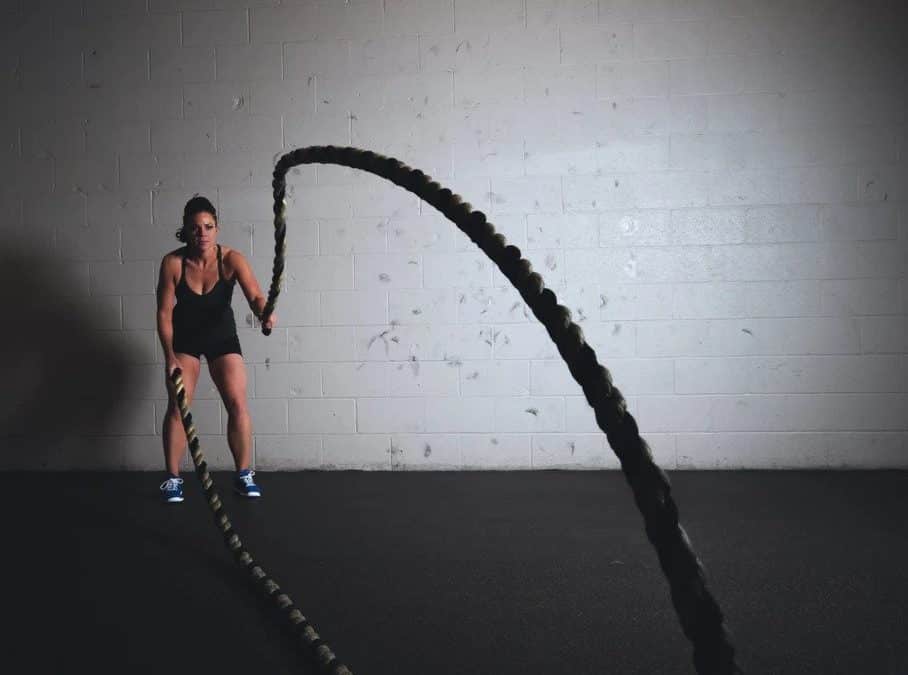 In today’s busy world when no one seems to have enough time, maximizing the results from physical training while minimizing the time devoted to said training sounds like the dream.

A training program is determined by the FITT principle which contains 4 key variables;

The second variable; intensity, has been studied for decades and directly impacts the time needed to maximize results.

Even though the impact of short, high-intensity training versus longer, slower distance training has been debated amongst athletes, coaches, and scientists for many years, currently, the popularity pendulum has swung towards high-intensity interval training.

Recent research has shown that repeated bouts of high-intensity exercise result in a superior recovery and higher VO2 max results.

The traditional exercise approach focuses on low-intensity steady-state (LISS) aerobic activity (i.e. go for a 30-minute run) because when it comes to substrate utilization that intensity increases the relative percentage of calories used that come from fat.*

But many argue that high-intensity interval training (HIIT) is the only form of training necessary for aerobic fitness, an increased oxidative response, and performance optimization.

For the busy person trying to increase the efficiency of their training and maximize results, this could be the answer!

Let’s take a look at where and why HIIT would be beneficial….

High-intensity interval training is a popular strategy for improving cardiorespiratory fitness and health, as well as reducing body fat levels.

Emerging research indicates that it may be more effective at reducing subcutaneous and abdominal body fat than other types of exercise.

Because of that, HIIT has become an increasingly popular form of exercise due to its potentially large effects on exercise capacity, fat-burning effectiveness, AND small time requirement.

One of the biggest barriers to broader participation in exercise is a perceived lack of time, so one of the appeals of HIIT is that it is a more time efficient way to accomplish your goals.

What does science say about time and impact?

Big results for such little time!

In a study of 2 groups; an endurance-trained group and a HIIT-trained group, the participants in the HIIT group experienced a 9-fold greater reduction in skinfold thickness!

This was even despite the significantly lower energy cost of the HIIT workout; 120.4 MJ compared to 57.9 MJ.

Why the fat loss?

3 main factors seem to contribute to this fat-burning advantage;

High-intensity intervals are meant to be performed above the lactate threshold, close to VO2 max, and then carried out to a point just before the onset of volitional fatigue. That’s why it’s performed in intervals; it’s impossible to maintain a high-intensity for long periods of time.

For the athletic population the general prescription for interval training is to employ 3- to 5- minute work bouts with a work to rest (W:R) ratio of 1:1. In already well-trained individuals, interval training seems to be necessary to provoke additional increases in exercise capacity that cannot be achieved with steady-state training.

For the general population a variety of W:R ratios can be employed in a HIIT session. A 1:2 ratio has been shown to produce favourable responses that enhance both aerobic and anaerobic energy system development. And for those less fit, a 1:4 ratio would be more appropriate because it allows acclimation to a higher intensity level of training.

W:R ratios can be varied throughout the course of a workout based on individual fitness levels, training goals, and are often based on an individual’s rating of perceived exertion (RPE) rather than a standardized output.

There are several advantages that HIIT has over LISS aerobic training.

The improvement in cardiovascular function from HIIT is superior when compared with more traditional training protocols because cardiovascular adaptations to exercise are intensity-dependent.

Over 6-12 weeks of training, studies have observed ~15% increases in VO2 max in HIIT groups compared to only ~10% increases in control groups performing steady-state training.

Studies have shown that substantial increases in markers of cardiac and metabolic health have resulted from even very brief HIIT protocols.

When compared to even moderate-intensity aerobic exercise, HIIT…

These are important implications not only for possibly preventing the onset of cardiovascular disease but potentially reversing the risk of certain comorbidities for those suffering from cardiac and metabolic disorders.

Why is HIIT so beneficial?

The logic behind HIIT training is that it recruits relatively more muscle fibers (specifically Type II motors units) so produces a larger cardiorespiratory signal and in turn, an adaptive response that results in unique cardiometabolic effects.

There are a couple of factors to consider before everyone implements HIIT.

Yes, it’s suitable for implementation in both healthy and “at risk” populations.

However, HIIT can be contraindicated in certain patient populations (particularly those with cardiovascular disorders) so caution must be exercised when using it as a prescription for the general population.

Any exercise training needs to be evaluated in terms of safety. Although exercise is generally quite safe, and beneficial, higher intensity exercise has been shown to be a trigger for acute myocardial infarction in middle-aged and older individuals.

Since it’s a complex concept for those unfamiliar with exercise, it’s recommended that specific assessment or instruction is provided before some start HIIT. It’s important that a solid base of cardiorespiratory fitness be established prior to integrating HIIT into one’s training program.

For anyone, HIIT is intense so one needs to be aware of the potential for overtraining. Longer periods of sustained interval training have not been studied and might increase the risk of an overtrained state. There has been recent concern that “excessive” volume and intensity of exercise in athletic individuals may lead to adverse cardiac remodelling.

Considering these caveats it’s reasonable to suggest a level of awareness and expertise before engaging in HIIT and a HIIT program.

One of the most remarkable (but perhaps not surprising) findings of a recent study is that particularly high-intensity training was reported to be less enjoyable than steady-state or mild interval training.

It’s often athletes or those with an established training base that gravitate towards HIIT versus those starting an exercise program because the intensity is high which means it’s inherently less comfortable.

So regardless of how effective an exercise training program might be if it’s not enjoyable then adherence to the program over a meaningful period of time is unlikely, which means the HIIT will not be sustained for long enough to achieve the desired health and fitness outcomes.

HIIT can be a time-efficient means to improve cardiorespiratory fitness and reduce body fat levels over and above what’s possible through steady-state aerobic training.

There’s available evidence that suggests that combining large volumes of LISS with careful use of HIIT throughout the annual training cycle is the best-practice model for the development of endurance performance.

However, it’s important to consider the previous training experience and abilities of the individual before integrating HIIT into their fitness program and to not forget about the increased potential for overtraining because of the high-intensity nature of the protocol.

Lastly, the enjoyment of exercise programs is important for long-term adherence.

In our mission to find the “perfect exercise” we may miss the more important issue of how to make exercise enjoyable enough to be continued long-term and integrated into a lifestyle.

The benefits of HIIT have been researched and shown, but just as the variation of physical stresses in exercise are important to the physiological responses to training, variation likely also supports your enjoyment and in turn, long-term adherence so you actually reap those benefits and reach your goals.

Depending on your goals, fitness level, mindset, and what you enjoy, now you know how to incorporate HIIT into your training to minimize time and maximize your results.