The factors that affect metabolism 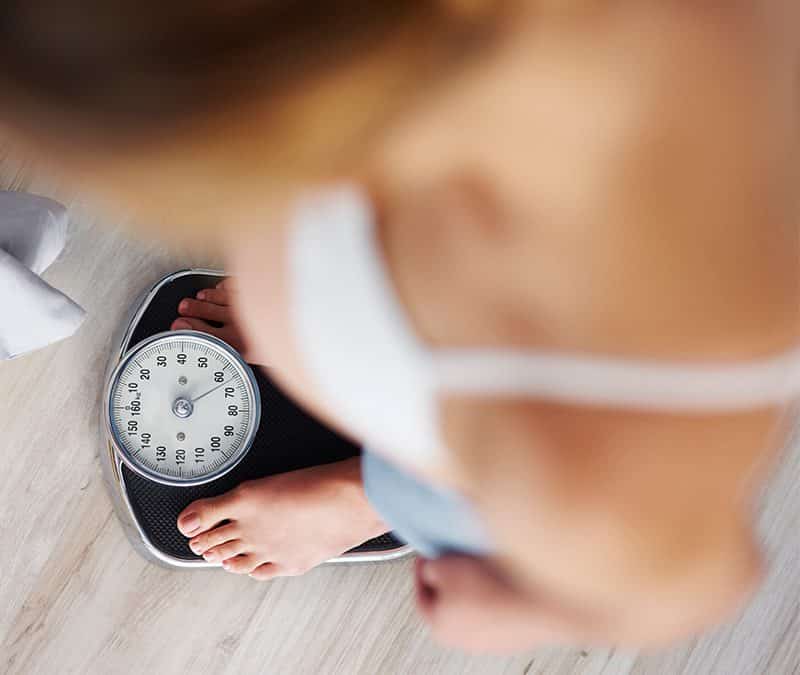 Since the beginning of the 20th century, we’ve looked at the factors that affect human metabolism.

Basically, metabolism is the process of converting food (and drinks) we consume into energy. These changes and processes break down nutrients from our food, build and repair our body, and allow normal functioning (aka homeostasis).

The first major article titled “Factors affecting basal metabolism” was published in the Journal of American Medical Association in 1936!

The importance of studying metabolism has increased with time because everything the body does requires energy, varying metabolic conditions, and for most people’s interest; weight.

Metabolism is a lifelong balancing act

Your metabolism affects the amount of energy (colloquially measured in and known as calories) your body burns at any given time so plays a key role in weight gain, loss, or maintenance.

Catabolism and anabolism are the 2 processes of metabolism that are regulated by the body to be in balance.

Catabolism is the breakdown of food components (such as carbs, proteins, fats) into their simpler forms to be used to create energy and provide the basic building blocks needed for growth and repair while anabolism is the part of metabolism in which our body is built or repaired and requires the energy that ultimately comes from our food.

Simply put, gaining/losing/maintaining weight is a balance of the energy coming in and the energy going out.

In the first example of eating and drinking more energy than your body needs and burns, then excess energy is typically stored as fat.

Your total energy expenditure is divided into 3 main components;

Fun fact: You’ve probably heard of “fast” or “slow” metabolisms which originates from the basis that some bodies are more efficient at these metabolic processes than others.

2. Lifestyle + Food: what you do in an average daily day in terms of moving and walking around and includes the thermic effect of food

Thermic effect of food, aka metabolizing food, is the energy you use to eat, digest, and metabolize food (contributes about 5-10% of daily energy use)

3. Exercise: any physical activity or exercise above and beyond daily lifestyle activities such as working out, cardiovascular activities, sports, etc

This total energy output is what you balance with energy coming in; food and drink.

So how can you change your BMR?

BMR is largely determined by your total lean mass (total weight of body minus your fat mass) because lean mass requires a lot of energy to maintain. This is especially influenced by muscle mass because your organs/skin/brain//bones/etc don’t change too much in how much energy they typically need as an adult!

But it’s the two other components of your total energy output; lifestyle + food and exercise, that can have a greater impact on whether you gain, lose, or maintain weight AND can change your BMR.

Let’s get to the factors that affect BMR so you see what might help you reach your desired weight!

Yes, your metabolism rate may be partly decided by your genes. So you can thank — or blame! — your parents for this one! But the rest of the factors you actually have control over…

In some cases, a faulty gene means we produce a protein that is ineffective in dealing with our food, resulting in a metabolic condition. In most cases, genetic metabolic conditions can be managed under medical supervision, with close attention to diet.

Generally, men have a faster BMR than women. This is largely because women generally have a body composition of less muscle mass and more body fat compared to men of a similar size. Women’s BMR averages 5-10% lower than men’s.

Metabolic rate increases as weight, height, and surface area increases. So larger bodies have a larger BMR because they have larger organs, more metabolizing tissue, and fluid volume to maintain. No big surprise here; a 5’6” man’s body wouldn’t typically have the same metabolism as a 6’6” man’s body!

BMR is controlled by nervous and hormonal systems. Because hormones regulate metabolism hormonal imbalances can influence how quickly or slowly the body burns energy.

Some of the more common hormonal disorders are concerned with the thyroid gland; the gland that secretes hormones to regulate metabolic processes (including the rate at which calories are burned; energy expenditure).

Fat tissue has a lower metabolic activity than muscle tissue which basically means it’s “sluggish” and burns far fewer calories than most other tissues and organs of the body.

But as lean mass increases — aka as muscle mass increases (because your bones, organs, skin, brain, etc typically stay the same) — BMR increases. And this is without working out!

If your metabolism was a fire then having a higher muscle mass is like having a larger fire; and means you have a higher BMR.

More muscle mass = the more calories you burn at a daily rate, friend.

On the other hand, anything that reduces your lean mass will reduce your BMR. So if you’re trying to lose weight, it’s important to preserve or increase your lean muscle since it accounts for a large percentage of daily energy expenditure. The most effective training for preserving and increasing muscle mass is resistance and strength training.

Infants and children have a higher BMR, peaking between ages 3 and 5, with a gradual decline in metabolic rate for the rest of our lives.

It’s commonly known that metabolism slows with age and that’s due to the natural loss of muscle tissue with ageing (sarcopenia) and hormonal and neurological changes. After the age of about 30, the decrease in lean muscle mass results in a slow steady BMR decline of roughly 3-5% per decade. But, the silver lining is that resistance and strength training can reduce or prevent this muscle loss, and therefore help prevent the decline in metabolic rate.

The energy used during exercise is really the only form of energy expenditure that you have any control over; if you workout more and/or harder then you burn more calories.

Of course, the energy spent during exercise varies heavily based on the individual and the session; like their body size, age, health, and exercise intensity. Regular exercise increases muscle mass and teaches the body to burn calories at a faster rate, even at rest. Moreso, high exercise intensities lead to excess post-exercise oxygen consumption (EPOC), informally known as afterburn, which results in an increased metabolism for up to 24 hours post-exercise because of the increase in body temperature which occurs during exercise.

What you eat, how you eat, and the timing of what you eat has a big influence on your metabolism — it could be an article of its own!

There’s a thermic effect of food which means metabolism rises after you eat because you use energy to eat, digest, and metabolize food you’ve eaten. Metabolism rises soon after you start eating, peaks about 2-3 hours later, and can range from 2-30% depending on the size of the meal and the types of foods eaten. Different foods raise BMR by differing amounts.

On the other hand, eating too few calories (crash dieting, strict diets, and/or starving) encourages the body to slow metabolism to conserve energy. If you’re wanting to lose weight so start eating less this can backfire because your body clings to those calories which makes it harder to lose the weight.

Intermittent fasting has gained popularity recently and has been shown to improve metabolism and metabolic health because it’s linked to the improvement in the balance of key fat burning hormones (insulin, human growth hormone, and norepinephrine). These hormones play a role in the regulation of weight, appetite, number of calories you eat, and how much fat is stored or burned. This means fasting can help burn fat more easily and help you lose weight.

Hydration plays a key role in maintaining efficient metabolism since water helps metabolize food. A study showed that drinking 500 mL water increased metabolic rate by 30%, where the increase occurred within 10 minutes and reached a maximum after 30-40 minutes. Plus, drinking more water can help prevent overeating because thirst is often mistaken for hunger. On the other hand, without enough water, your metabolism can slow down.

As well, having certain drinks mean you’re intaking “empty calories” which add to your energy intake with no nutritional benefit. Sugary drinks can lead to insulin resistance while alcohol impacts livers processing and can slow metabolism.

For example, a diet low in iodine reduces thyroid function and slows the metabolism. People who have a better intake of vitamin D and calcium (taken with magnesium for better utilization) have healthier bones and a better mechanism of regulating their body fat and metabolism. While not having the right amount of iron in the body can decrease the metabolism.

If the temperature is very low or high the body has to work harder to maintain its normal body temperature, which increases your metabolism.

The BMR of people in tropical climates is typically 5-20% higher than those living in more temperate areas because it takes energy to keep the body cool. Exercise performed in hot weather also imposes an additional metabolic load. Similarly, it takes energy to keep the body warm if you work or exercise in very cold weather — it’s the body fat content and effectiveness of clothing that determines the magnitude of increase in energy metabolism in cold environments.

When you’re sick your BMR increases because your body has to work harder to build new tissues and to create an immune response. Fever, illness, or injury may increase BMR two-fold!

Some drugs, like caffeine or nicotine, can increase your metabolism. While medications such as antidepressants and steroids can slow your metabolism and lead to weight gain regardless of what you eat.

Good sleep helps your metabolism stay steady. When you sleep poorly it messes with your body’s natural sleep cycle, which influences hormones, and it’s harder for your body to use energy well. This can lead to certain food cravings and a sluggish metabolism.

When you’re in a stressful situation your body makes a hormone called cortisol in response which is meant to give you a quick boost of energy. But if you have elevated stress levels then your body has continually engaged in a “fight or flight” response so it keeps making cortisol. Cortisol makes it harder for your body to use insulin; which is an anabolic hormone that is one of the main hormones involved in fat metabolism. If your body isn’t using insulin properly then it stops your body from breaking down fat and tells the body to store fat which puts the brakes on metabolism and fuels weight gain.

Chronic stress is linked to long-term fat storage and weight gain. In fact, studies have shown that women who had stressful experiences the day before a high-fat meal burned fewer calories after the meal.

Stress also includes overtraining, working out too much, not eating enough to repair, and/or not resting enough to recover properly. Pushing the body too far can trigger the body to enter an inflammatory, stressed states and hormones can become unbalanced, which in turn disrupts your metabolism.

On the flip side, some research links meditation to weight loss!

Metabolism influences your weight, and it’s about more than just weight

Metabolism refers to the countless chemical and hormonal processes continuously going on inside the body that allow life and normal functioning.

The amount of energy your body burns at any given time is affected by your metabolism. Because your metabolism a balance between energy in and energy out it mainly controls your weight.

Your metabolism, and in turn; weight, is influenced by many factors.

A healthier metabolism not only supports a healthier weight but more importantly leads to a body that feels good and a human that can thrive.

Want to find out your metabolism so you know your exact energy output, manage the factors that impact your metabolic rate, and can create your personalized plan to gain/lose/maintain weight?

Book your metabolism test today — we’re here to give you the answers you need so you achieve your best body and health!