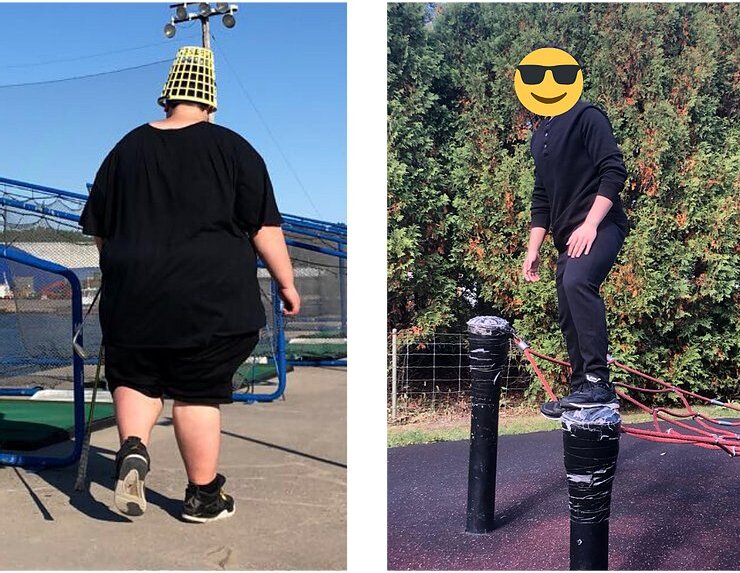 In this Client Spotlight Edition, we’re so happy to share the story of one very inspirational teenager “G” who lost over 200 lbs. in less than a year!

Last year, at 15 years of age, he made a commitment to take control of his health and has achieved one of the most incredible transformations we’ve ever seen. While the physical transformation is amazing on its own, we were even more impressed by the attitude, approach, and dedication shown by this young man and knew we had to feature him because he demonstrates what’s possible when you’re ready and commit yourself to achieving your goals. 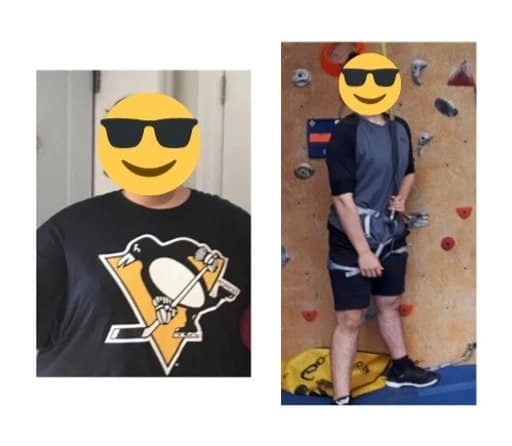 G is a self-described ‘big eater’. From a young age he wasn’t shy about trying new foods and he had a big appetite. While he participated in a range of sports including baseball, soccer, squash and hockey through elementary school and early high school, his recreational activities weren’t enough to compensate for his eating habits and gradually the weight started piling on.

In his early teen years G estimates he was taking in in more than 4000 calories per day. It wasn’t only the number of calories that was an issue; his eating habits included skipping breakfast, bingeing in the evening, and regularly consuming sugary foods.

We believe G reached the point where the pain of staying the same was greater than the pain of change, so he chose to push through the discomfort and pain associated with change (aka growth). He confidently committed himself to success and the results show the power in his choice. If there is one thing G wants you to know it’s that “losing weight is challenging but going through life obese and dealing with many mean and insensitive people is much harder. Just remember it’s a challenge but the results are worth it. Make it happen for you. Make no excuses and you will get the results and the long and healthy life everyone deserves.

G became increasingly conscious of his rising weight. Let’s face it, school can be a cruel environment – especially for someone who’s overweight. G wanted a change and turned to personal training to help him lose weight. He tried a few different gyms and trainers and while he found a degree of success, any weight loss was short-lived, and the pounds quickly returned (and then some) and his body weight continued to trend higher.

Because of his degree of obesity and his desire to lose weight, his family sought medical intervention and he participated in a weight loss program for teens at a local hospital. After a short time, G found the program, which focused on behavioural changes and family education, didn’t really resonate with his personality.

Two years after joining the program, G stepped on his scale and saw that his weight had crept up to over 400lbs. He weighed 404lbs. at his heaviest. This was the moment he made the decision to take control of his weight loss journey.

G had spent enough time with health and wellness professionals that he knew what needed to be done and he committed to doing it. His plan included extensive changes to both his diet and fitness regime. He recognized that he needed a change of environment to support his efforts so he changed high schools to remove negative influences and took a lighter course load so he could fully dedicate himself to the plan.

He made dramatic changes to his eating. G committed to only eating home-cooked foods (thanks Mom!) so he could better control portions and know what he was putting into his body. His diet consisted of lots of lean protein, healthy fats and low-calorie fruits and vegetables. He paid attention to portion sizes, macros, sugar intake and targeted a reasonable daily calorie intake.

But G knew that diet was only part of the solution. He needed to increase his activity levels to deepen the calorie deficit and force his body to draw upon the 200+ lbs of stored fat to fuel his workouts.

So, G committed to daily cardio sessions. In his first sessions, he found that because of his size and level of conditioning he could only complete 5 minutes on the elliptical before fatigue set-in. Put yourself in his shoes for a minute… Think about how uncomfortable that must have been; showing up, putting in 5 minutes, and leaving. How many of us could turn-off our self-consciousness, ignore the stares and perceived judgment, and stick with the process?

G persevered. Soon, the 5-minute sessions on the elliptical trainer increased to 20-minutes. As his energy increased and he started seeing some results, he expanded his exercise routine to include a machine-based weight-lifting circuit. To help keep him focused, G set many small goals and celebrated the small victories along the way.

The first goal was to get under 400lbs… Done. Then came 350 lbs… Within a short time, he brought his weight below 300lbs for the first time since 2016. Reaching each milestone gave him confidence that his plan was working and created a positive feedback mechanism to strengthen his resolve and commitment to the new lifestyle. G came to appreciate the extra energy and freedom that came with his smaller size. He increased his cardio session to 40 minutes and found he could start to incorporate bodyweight exercises into his routine — hello push-ups, planks, and air squats!

From his peak weight of 404 lbs in June 2018, G managed to drop 234 lbs to reach 170 lbs in August 2019 and has since shifted his focus toward adding some quality muscle to his adolescent frame.

G came to us after reaching his weight loss goal to get his metabolism and body composition tested. He’s going to use this data to adjust his calorie intake to support his muscle-building goals. One interesting thing to note is that George’s efforts to lose weight have also helped him gain muscle. He’s carrying above average muscle mass throughout his body and his %BF is at a healthy level. 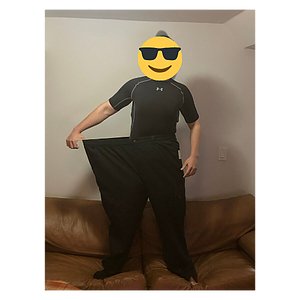 One side effect of G’s dramatic weight loss is that he has a lot of excess skin. This skin makes it awkward to run, jump and play. He has recently had skin removal surgery and we love how he compares the skin removal surgery to a sculpture lifting the curtain to reveal his masterpiece. Once recovered from the procedure, G plans to resume his strength and conditioning efforts while continuing to eat a healthy diet.

Body Insight will be fully here for him post-surgery to provide encouragement and help him chart his progress as he works to add muscle in the coming years.

G mentioned he is considering pursuing a career in health and fitness. Given what we’ve seen, you can certainly walk-the-walk when it comes to weight loss!

We wanted to share G’s story to show that weight loss, while not easy, doesn’t have to be overly complicated. In fact, it can be simple. G didn’t rely on fad diets, hours of cardio, bariatric surgery or magic pills. He believed in the basics and stuck with a plan that worked for him.