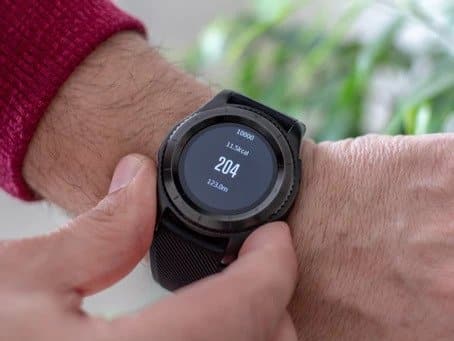 The classic max heart rate formula is simple, but simply inaccurate. So what and now what?

There is a clinical and societal need to estimate maximum heart rate; how fast a human heart can beat.

The need to calculate heart rates based on one’s heart rate max has widespread application;

Doctors use the formula when testing patients for heart disease using a treadmill stress test, where an example protocol is increasing the speed and incline gradually until a patient reaches 85% of their predicted HR max, while looking for signs like chest pain or a drop in HR which indicates that the heart isn’t getting enough blood.

Fitness and training programs are designed using HR zones based off of the max HR depending on an individual’s goals. For example, personal trainers and exercise instructors often tell people to perform intervals at 80-90% of their maximum HR to build aerobic capacity or train at the 65-75% of HR max to build endurance.

Since the maximum heart rate is the foundation from which we derive all applied use of heart rate, that formula needs to be accurate. But if the formula is wrong, all applications are inaccurate.

And the established 220 minus your age formula, we hate to break it to you, has been found to be inaccurate.

Even a variance of 10 bpm may not seem like a lot, but it makes a big difference in clinical stress test results and exercise prescriptions. And 10 bpm is typically how far off most people are when they’re using the outdated max HR formula.

The latest research shows that it’s simply a rough consideration, but too simplistic, and has its limitations. We can’t possibly predict the max HR of all individuals using a single formula.

For a medical meeting, Dr. Haskell selected data from 10 published studies in which people of different ages had been tested to find their maximum heart rates.

The story goes that as they were on the airplane traveling to the meeting, Dr. Haskell showed the data to Dr. Fox.

But, the formula was never meant to be an absolute guideline because the subjects from the studies were not a representative sample of the population; most were under 55 years old and some were smokers or had heart disease.

“It was whoever came in the door,” Dr. Kirkendall said. “In addition, gauging maximum heart rates for people who are not used to exercising is often difficult because many prematurely stop the test.”

It was clear from the scattered data points that maximum heart rates could vary widely from the formula; if max HR was calculated to be 150 it could just as easily be 180 or 120 according to the high variance.

Before we knew it, the formula became increasingly entrenched; showing up on graphs in fitness studios, cardiology test rooms, and in textbooks. A worldwide heart rate monitor industry expanded into watches and built into exercise equipment was founded on this “220 minus your age” formula.

But some never believed it.

“The whole idea of a formula to predict an individual’s maximum heart rate was ludicrous,” said Dr Fritz Hagerman, an exercise physiologist at Ohio University. “Even sillier is the common notion that heart rate is an indication of fitness.”

Some people get blood to their muscles by contracting their hearts at fast rates while others pump large amounts of blood every time their hearts contract.

For those who are concerned about the clinical application, Dr Michael Lauer, a cardiologist and the director of clinical research in cardiology at the Cleveland Clinic Foundation, says more than 40% of patients can get their heart rates to more than 100% of their predicted maximum.

“The danger,” he said, “is that when doctors use that formula to decide when to end a treadmill test, they can inadvertently mislead themselves and their patients.”

Some patients may be stopping too soon and others may seem to have a heart problem because they never can get to what is supposed to be their maximum heart rate.

“It’s unacceptable,” says Dr. Lauer. “It’s how quickly the heart rate falls when exercise is stopped that’s an indicator of heart disease, not the maximum that matters.”

At Body Insight, we’ve seen individuals surpass their expected max HR on a VO2 max test time and time again. And there are many stories that have blown away exercise physiologists when high-level athletes confound any prediction they may have by holding beyond their max HR for minutes.

“Just getting the heart to its actual maximum heart rate is an immense effort and holding it there for even a minute is so painful that it is all but inconceivable for anyone who is not supremely motivated,” Dr Donald Kirkendall, an exercise physiologist at the University of North Carolina said.

He told the story of one study where a member of the United States rowing team hit 200 bpm 90 seconds into the test (the rower was in their mid-20s) and maintained that for 4.5 minutes. Dr. Kirkendall said a local cardiologist was looking on in astonishment and told him, “You know, there’s not a textbook in the world that says a person could have done that.”

But, it’s become clear to physiologists and cardiologists, textbooks are wrong.

However, many doctors, athletes, and individuals alike want a guide or general formula for estimating maximum HR.

With this demand in mind, a new formula was devised and published in the March 2001 issue of The Journal of the American College of Cardiology by Tanaka et al, with studies involving 18,712 healthy people and data from 514 healthy people they recruited.

The findings showed that the currently used equation underestimates max HR in older adults which results in underestimated exercise testing and prescribed exercise programs. This new formula curve starts to diverge from the old heart rate curve at age 40, with a higher average maximum heart rate given to older people.

However, age is not the only thing to be accounted for with any new formula; another stipulation is gender difference.

“Women are not small men,” Dr Martha Gulati, assistant professor of medicine and cardiology at Northwestern, said. “There is a gender difference in exercise capacity a woman can achieve. Different physiologic responses can occur. …women have a lower peak heart rate than men.”

But even accounting for age and gender differences with these two new formulas there are still flaws because each individual can highly vary from the predicted rate, and often does.

On one end, this can be highly discouraging for some individuals who can never reach the desired heart rate zone when training and on the other end, for those that have a higher than average heart rate max sticking within the recommended zones won’t elicit the desired training responses.

It was never supposed to be “an absolute guide to rule people’s training” according to Dr. Haskell, “I’ve kind of laughed about it over the years. It’s so typical of Americans to take an idea and extend it beyond what it was originally intended for.”

At the end of the day, training zones can’t simply be based off of a max HR formula. For example, endurance trained individuals can stay aerobic to a higher percentage of max HR.

That’s why it’s important to know not just your max HR, especially extrapolated from an inaccurate formula, but aerobic and anaerobic thresholds.

It means we need a new standard of measuring stress levels and exercise intensity.

Because of the decades and simplicity of the 1970 max HR formula, it’ll take years for people to stop using it. But fortunately, we’ve developed VO2 max tests as the new standard of measuring stress levels and exercise intensity, which measures both HR and VO2 — that are specific and accurate to an individual — during the testing procedure to help people see and use the latest science to replace the outdated and inaccurate max HR formula.

When you complete a VO2 max test you’ll know your exact numbers, be able to define heart rate zones, know your anaerobic and aerobic thresholds, customize workouts to improve efficiency and effectiveness of training so you reach your goals, and can apply a health risk analysis based on heart rate recovery.

50 years after the classic max HR formula was devised, it’s about time a new, more accurate standard starts being used.